Mastercard and Selcom have expanded their collaboration by signing a strategic partnership agreement to introduce a variety of payment solutions in the country, thus supporting Tanzania’s goal of becoming a cashless economy.

In collaboration with Selcom, Hub 255 has organized the first of its kind Hackathon that has brought together 44 hackers with different skill sets; designers, data scientists, technology and business developers that will showcase utilization of the Masterpass Quick Response (QR) payment Application Programming Interface (API).

The API allows for consumers to gain access to a wide variety of payment solutions that are accessible on mobile money platforms or via their bank. According to the Marketing Manager of Selcom, Sabrina Munir said Masterpass QR enables millions of micro, small and medium enterprises (MSMEs) across Africa to accept fast and secure digital payments for the first time.

She said the service addresses challenges previously faced by small business owners who were unable to afford point of sale infrastructure and were forced to transact in cash. As for consumers, this technology eliminates the need to carry cash or traditional bank cards. “Selcom is wholly Tanzanian-owned, with a vision to enhance financial inclusion across Africa through strategic partnerships and alliances to facilitate the seamless movement of funds electronically at all levels,” she said.

However, One of the Co-founder of Hub255, Jones Mrusha said Hub255 is the first Tanzanian social innovation and entrepreneurship hub that is sector agnostic. “We work with start-ups that are past ideation with either a prototype or significant traction in terms of users or revenue. We provide business development support and product development skills.

“At Hub255 our startups pass through the innovation framework that requires you to have incorporated at least two sustainable development goals,” he said. He added that Tanzanians have been enabled to transact more conveniently, quickly and securely at more than 20,000 payment acceptance locations. Already consumers, retailers and local businesses are benefiting from the introduction of Masterpass QR currently being implemented across various retailers and merchants.

Masterpass QR, now available across Africa, provides a fast, convenient and secure payment solution for consumers and a reliable acceptance offering for merchants. Consumers are guaranteed the security of being able to pay for in-store purchases by scanning the QR (Quick Response) code displayed at the checkout on their Smartphone’s or on the printed acceptance materials, or by entering a merchant identifier into their feature phones and using USSD menu.

Users are also able to use the solution at any location where Masterpass QR is accepted, locally and across the continent. Event was sponsored by Abel & Fernandes Communications and Raha. 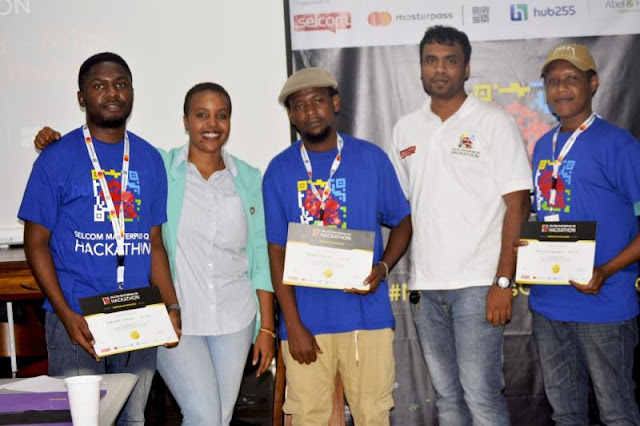 Winners of Tsh 1,000,000 during the Selcom Masterpass QR- Hackathon at HUB255 from the left Product designer UX/UI, Mbwana Habibu, joined by one of the judges Mercy Kitomari, Andorid Developer, Jackson Twalipo, Head of Software Development at Selcom, Rosario Arun and Back end developer, Athjuman Mwinami. Event has been sponsored by Abel & Fernandes Communications and Raha 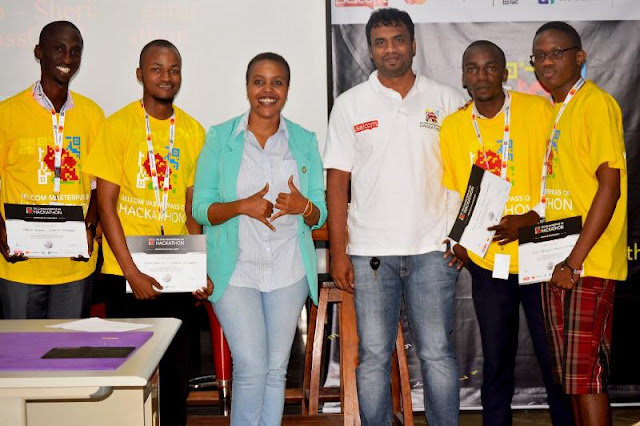 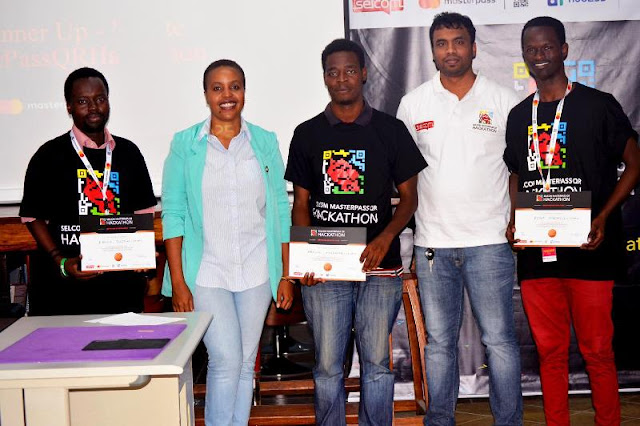