BENCHMARK WITH THE BEST IN THE WORLD, EAC PARTNER STATES URGED

East African Community Headquarters, Arusha, 31st October, 2016: East African Community Partner States have been challenged to benchmark themselves with the world’s most advanced economies if they are to grow their economies.
Hon. Amanya Mushega, a former EAC Secretary General, said the EAC needs to revisit and do away with the standard way of judging itself by Sub-Saharan African standards. “India, Singapore and South Africa, just to mention but a few refused to treat themselves that way. They aimed high, looked at the way the USA, Japan, Germany, UK and the USSR developed their human resources, copied them with the view to competing with them and not fellow third world countries and the results are out,” said Hon. Mushega.
“Our problem of remaining poor and beggars is not lack money or natural resources, it is our mindset. We have put the bar too low. We are not going to be competing with Gambia or Haiti but with Korea, Japan and China, first for our own EAC market and secondly, for the world market,” he added.

Hon. Mushega called for heavy investment by the Partner States in human resource development, and urged the Community to compare the number and quality of local skills with those countries that have prospered rather than the comfort zone of Sub-Saharan Africa.
“For EAC to develop, exploit its resources, build industries, not cutting and wrapping imported products for it to build and maintain roads, railways, airports and dams, compete in local and world markets, it must put maximum efforts on the quality of education and skills of its population. Don’t say but we are ok. We are not. The EAC is not yet our market,” said the retired diplomat.
Hon. Mushega was giving a keynote address titled The Hidden Challenges to Integration and the Way Forward during the opening of the two-day EAC-EU-IMF Conference on Regional Integration in Arusha, Tanzania. The theme of the conference is “Regional Integration in the EAC: Making the most of the Common Market n the Road to a Monetary Union.”
Speaking at the forum, Mr. Abebe Aemro Selassie, disclosed that at six (6) per cent, real GDP growth in the EAC in 2016 was expected to be well above the average for Sub-Saharan Africa, adding that prospects for 2017/18 also remain strong.
Mr. Selassie said that the challenge for the EAC as for other fast growing countries in the Sub-Saharan Africa was how to sustain this growth over the medium term, how to ensure that scaled-up public investment and borrowing translates into durable growth and not unserviceable debt, and how make this growth more inclusive.
“Faster economic growth within the EAC is therefore a potential “game changer” as it holds the promise of improved productivity, competitiveness and welfare gains,” said the IMF official.
He noted that while significant progress had been made since the inception of the EAC Customs Union and the Common Market including the establishment of a Single Customs Territory with a Common External Tariff and effective elimination of internal tariffs for goods meeting Rules of Origin – there is still work to be done.
“Customs valuation procedures have also varied across the region, despite the approval of the EAC Customs Valuation Manual,” he observed.
In her remarks, Hon. Jesca Eriyo, the EAC Deputy Secretary General (Finance and Administration), said that the Community had made significant progress in the areas of trade, financial and macroeconomic integration as well as building institutions necessary to support the integration process.

“The integration process is benefiting the East African people through increased trade, efficiency and productivity and enhanced financial integration. The recently established Single Customs Territory continues to deliver significant benefits to East Africans, including reduced transit times from port to destinations and fewer documentary requirements,” said Hon. Eriyo.
Hon. Eriyo revealed that financial integration in the EAC was deepening and that free movement of labour was becoming a reality, partly aided by the Mutual Recognition Agreements among professional associations including those for architects, accountants and veterinary officers.
She said that to ensure macroeconomic convergence ahead of the monetary union, convergence criteria pertaining to inflation, foreign exchange reserves, fiscal deficits and public debt would have to be achieved and observed.
“The purpose of the convergence process is to ensure that countries enter the monetary union without major disequilibria that could threaten its stability. However, convergence is not an automatic process. The experience of the Euro area shows that a set of mechanisms involving institutions and the use of incentives and corrective procedures to deal with deviations from pre-determined paths, have been needed to achieve convergence and keep union members aligned,” said the DSG.
The conference is being attended by international economists, leading policy makers from the region, ministers of finance, central bank governors, and senior treasure/finance officials, regional capital markets regulators, academics, senior staff from international financial institutions, senior representatives from other monetary unions and civil society organizations, and private sector leaders from the region.
Posted by MICHUZI BLOG at Monday, October 31, 2016 No comments:

East African Community Headquarters, Arusha, Tanzania, October 31st, 2016: The 5th EAC University students’ debate, themed “Youth Participation in Electoral Democracy,” is taking place from 31st October to 3rd November 2016 at the Kigali Independent University in Kigali, Rwanda. The debate has brought together various participants including University students as well as lecturers, academia, policy makers, media, youth leaders and high school students from Uganda, Kenya, United Republic of Tanzania, and Rwanda, the host country.
The EAC University Students’ Debate Model is an interactive and representational style of debating aimed at educating, discussing and making resolutions among the Youth in East African to nurture a bond of “Eastafricaness” with a distinct East African identity.
The objective of the EAC University students’ Debate Model is to exchange information, share ideas and develop a common ground among the students and youth in the bloc.
The Motion for this year’s debate is “This House believes that effective Youth participation in Electoral Processes is a prerequisite for attaining sustainable Electoral Democracy in the East African Community.”
Officiating at the official opening of the Debate, Rwanda’s Minister of Trade, Industry and EAC Affairs, Hon. Francois Kanimba, challenged the students and youth in general to seize the opportunities being presented by the EAC integration process to advance their careers and sources of livelihood.
The Minister said the youth represent a larger demographic portion and constitute more than 63% of the EAC population hence they have a huge role to play in shaping the EAC they want.

“The energy, ideas and enthusiasm that you will demonstrate here are part of the solution to achieving a realistic EAC and Africa that we want. Our region needs a new generation of problem-solvers, who take positive actions and see farther, and work smarter to achieve the EAC vision,” said Hon. Kanimba.
Hon. Kanimba disclosed that under the Northern Corridor Integration project, Partner States had agreed to harmonize tuition and non-tuition fees with the aim of facilitating the free movement of people including students in within the Community.
“Therefore, utilize these facilities well so that the dream of a prosperous East African Community can become a reality.”
Welcoming the Debaters, students and guests to the Kigali Independent University, the University’s Vice Chancellor; Dr. Sekibibi Ezechiel, commended the EAC Secretariat for choosing the institution to host the debate and urged the youth and students to passionately get involved in the regional integration process.

At the same function, the EAC Deputy Secretary General in charge of Political Federation, Mr. Charles Njoroge, said the theme of this year’s debate was timely and that the vitality of Youth participation in electoral democracy cannot be left to the whims of anyone but was a fundamental constitutional right that is encapsulated in most EAC Partner States’ Constitutions and the EAC Treaty.
“Participation is thus a component of democracy for young leaders in East Africa, which enables them to passionately cherish and jealously guard the principles of democratic governance in facilitating development of our region,” said Mr. Njoroge.
The DSG advised the youth to refrain from violence, corruption, and to always abhor divisive politics, which could endanger the unity and oneness of the people both within and among the Partner States, to ensure that the regional motto of “One People, One Destiny” is sustained.

He reiterated the need for Youth leaders to understand their societal values required to provide effective leadership in the EAC, which include upholding unity in diversity, being accountable and ensuring transparency, and Team work, as key to success.
“The East African Community is your region and your future. You need to collectively guard it well with an ultimate goal of attaining a Political Federation,” the Deputy Secretary General affirmed.

Mr. Njoroge informed the audience that since the inception of the Youth Debate in 2012, the Secretariat has been able to register tremendous achievements in EAC youth activities, which include the appointment of EAC Youth Ambassadors and their Deputies each year in every Partner State, adding that the Youth Ambassadors have competently taken up the mantle of continuing the dialogue; and reaching out to fellow young people throughout the region on the EAC integration.

The EAC University Students Debate emphasizes on the use of the value and policy approaches given that the EAC Integration is people centered and Private Sector driven, hence giving the youth an opportunity to come up with policies that will enable the Secretariat develop programs and initiatives aimed at empowering youth in the region.
The debate comprises two teams; Affirmative Team made up of Secretary General, Deputy Secretary General, Chairperson of the Council of Ministers, Amicus Curiae and the Counsel to the Community, and the second team is the Alternative Strategy Team comprising of the Attorneys General from each Partner State. This has been set as the correct position for this form of dialogue to avoid the word “opposition” used in the context in which it is always perceived.

The East African Community Youth Summit on EAC Integration and Development Processes held from 2nd – 3rd November 2007 in Arusha, Tanzania, set the precedent for youth participation in the EAC integration. The Summit acknowledged that information and education on East African Integration and development is fundamental for enhancement and sustainability of regional integration.
The youth called upon the EAC Secretariat to engage young people as partners to reach out to their peers on issues of EAC Integration and processes, which will empower high-level skills needed to drive national and regional development. Youth are a critical demographic group and their views and aspirations will shape the future of East Africa. The promotion of integrity and accountability is key to an integrated East Africa especially as the implementation of the Common Market Protocol deepens. The values, ethics and leadership skills of youth in East Africa are vital in advancing the regional integration because they influence the choices that youth make.

The Secretariat through the office of the Deputy Secretary General-Political Federation, Directorate of Social Sectors and the Department of Corporate Communication and Public Affairs on a continuous basis have engaged youth on issues pertaining to the integration process through platforms such as dialogues, sensitization forums and students’ training exchange programmes.
Posted by MICHUZI BLOG at Monday, October 31, 2016 No comments: 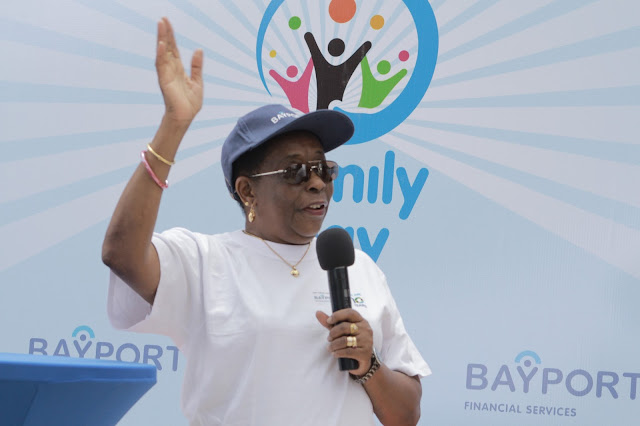 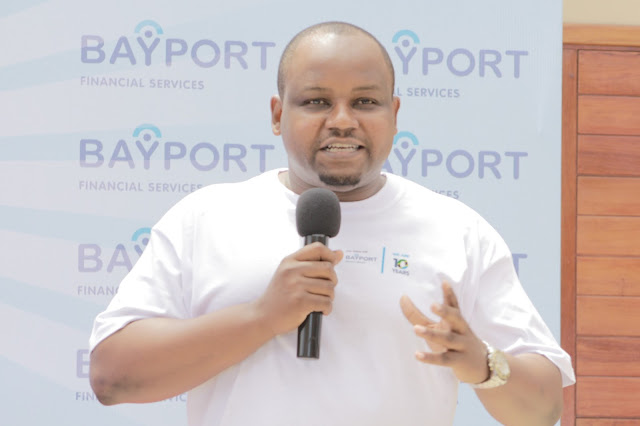 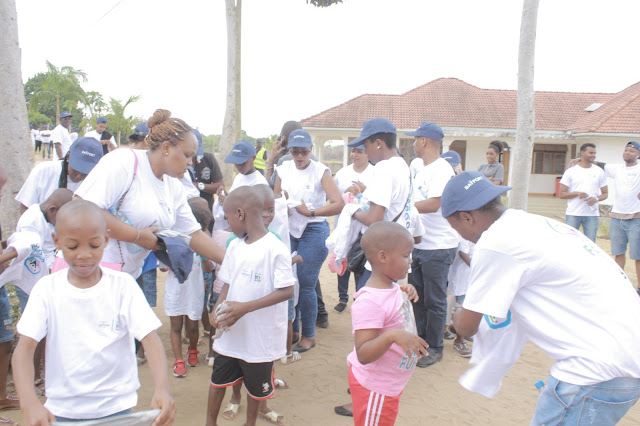 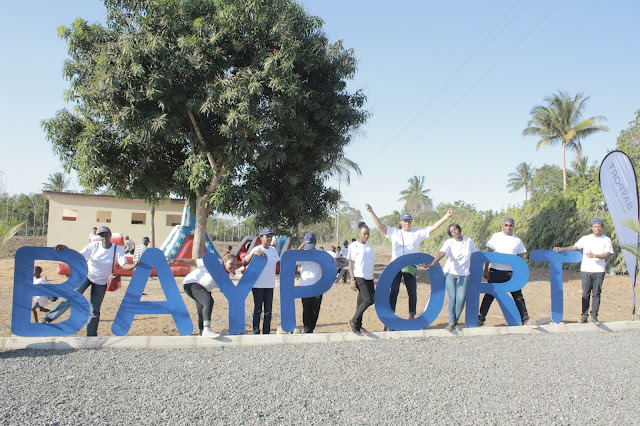 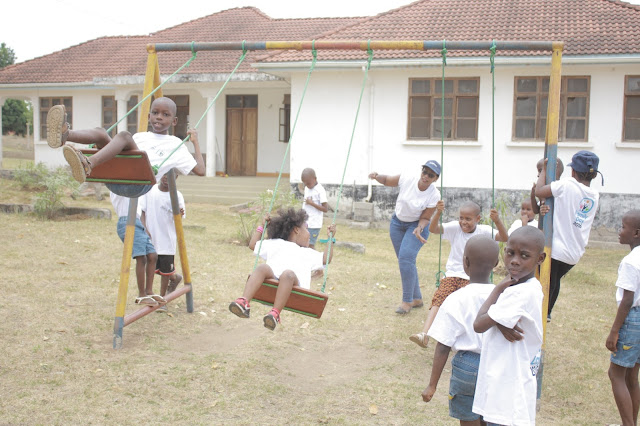 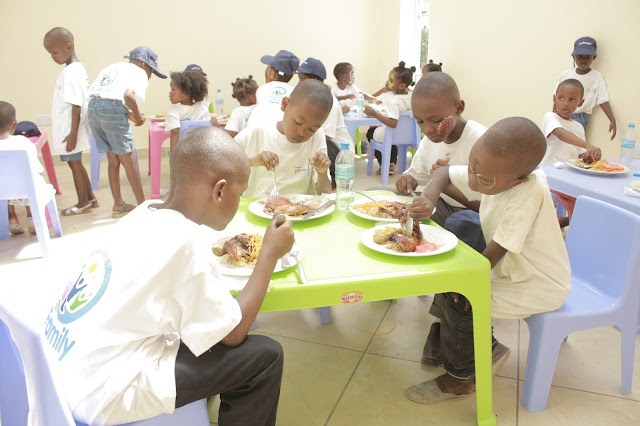 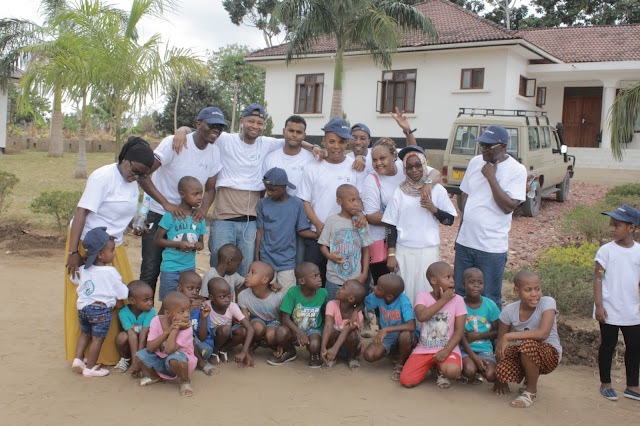 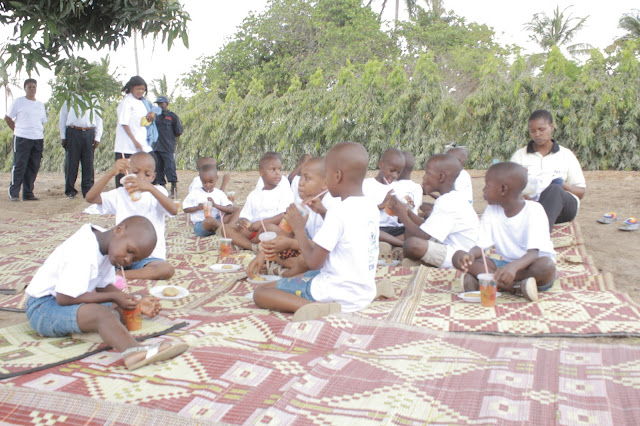 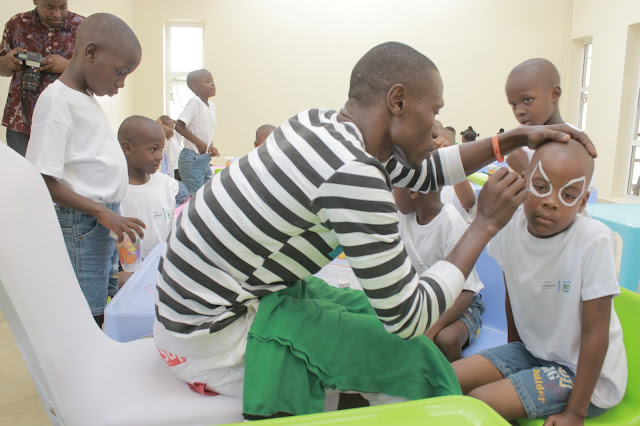 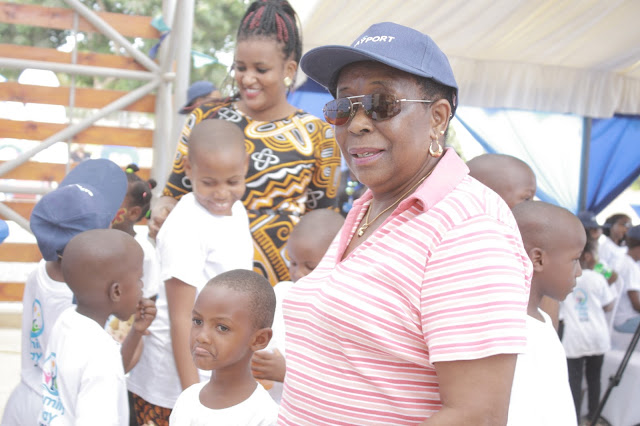 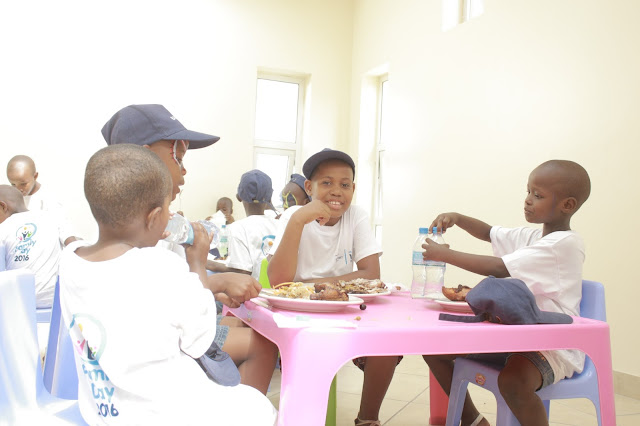 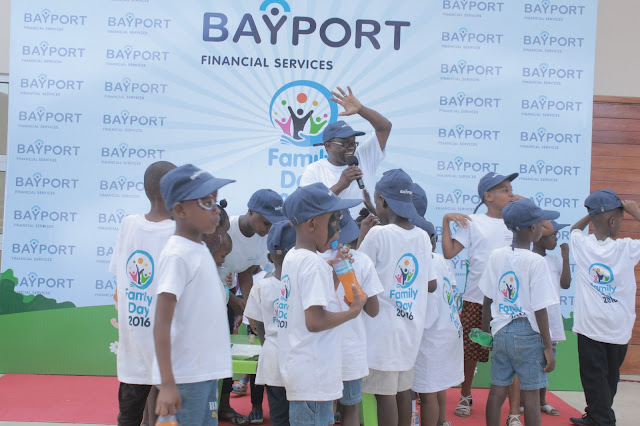 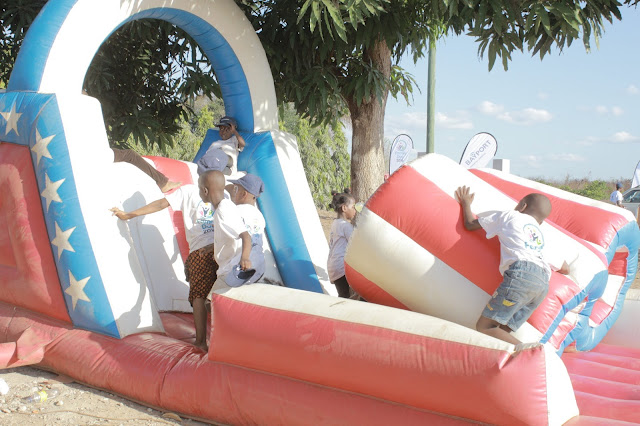 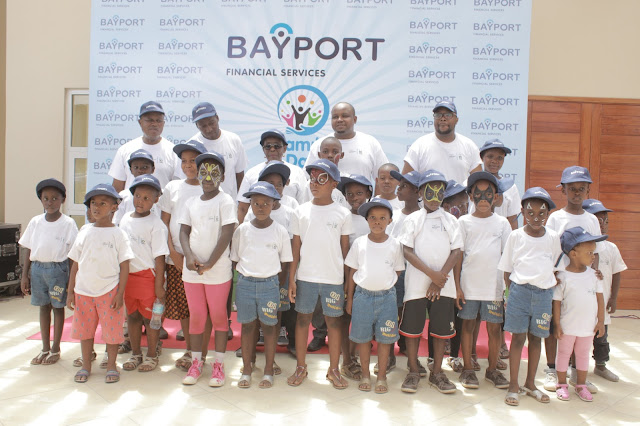